Exhibit Archive
(Some of the exhibits here are no more - others are still operational.)

Following completion of a NSF SBIR Phase I/II grant that subsidized its development, the TOT has been in storage. There are two units, one larger, one smaller.

The units were previously computer controlled, but this is likely not worth considering. While cool, the TOT has limited durability, but could potentially be made more durable by museum staff, and/or perhaps run off hand-crank generators. The units also could be of interest for exploration/transformation within the context of a Maker space.

Transportation would require a truck and two strong people to remove it from our storage area here in Somerville. (Assume it would take at least an hour to get out of the basement and into truck.)

The remaining sections describing the TOT were written circa 2000, slightly edited/shortened for the below. The available prototype is believed to have basic mechanical functionality, but no computer control etc.

When at rest, the TOT appears to be a simple, elegant, three-sided column. In performance, the triangular prisms that comprise the column come to life. 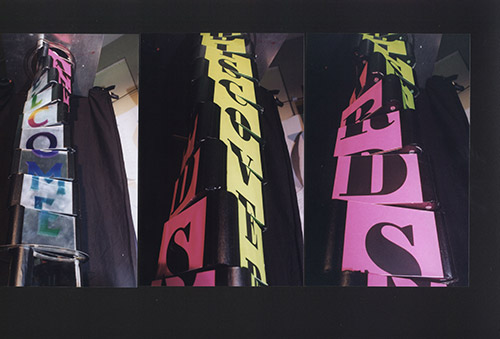 Linked by a unique mathematically-designed spring-cam mechanism that allows for wave travel across the elements, and set in motion by computer-controlled motors at either end of the display, the prisms exhibit a surprising and delightful range of motions.

The TOT is by turns fluid and graceful, chaotic and funny, able to change style of movement and mood instantly. The TOT's variability in appearance, size and function makes it accessible for unique innovative attractions in a wide range of spaces. 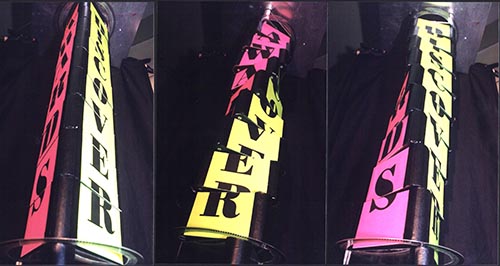 The display can be choreographed to move silently, dance with music, or perform in synch with a narrative.

The TOT as Signage

The TOT's three-sided, columnar structure may be used to present signs/images. The surface panels are replaceable, enabling varying messages and graphics. 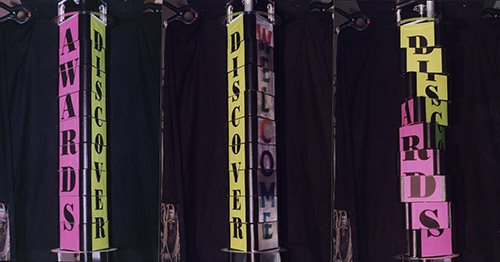 The TOT as Physics Exhibit

The TOT's unique method of integrating of wave motion and chaotic dynamics offers science exhibit developers a unique medium for presenting these physics concepts to the public in exciting memorable demonstrations. At low excitation energies the TOT acts as a linear wave medium. As the stored energy increases, the inter-prism coupling force becomes non-linear and the display evidences a transition from orderly to chaotic behavior, similar to such transitions seen in natural phenomena. An optional interactive element permits visitors to explore mechanical resonances and standing wave node placement as a function of driving frequency, phase, and amplitude. The TOT's varied behaviors clearly demonstrate common wave principles such as reflection, absorption, superposition, and more.

The TOT as Kinetic Artwork

The TOT can be designed as a live "playable" visual performance instrument, as a kinetic science/artwork programmed for automatic dances, as a clock, or as a combination of all three. External light sources and reflective panel materials can be combined to create an artwork that casts dancing light across an installation space. Selection of surface pattern and color, choreography, and (optional) accompanying music all can be combined to create a unique performance sculpture.

The core technology of the TOT was developed in part through a two year grant from the SBIR program of the National Science Foundation.

A pair of TOT prototypes made their debut at Discover Magazine's annual Technology Awards ceremony at Disney's EPCOT Center in May of 1997. These TOTs, situated on the main stage, entertained the EPCOT audience in a performance that showcased their abilities as live Visual Performance Instruments. 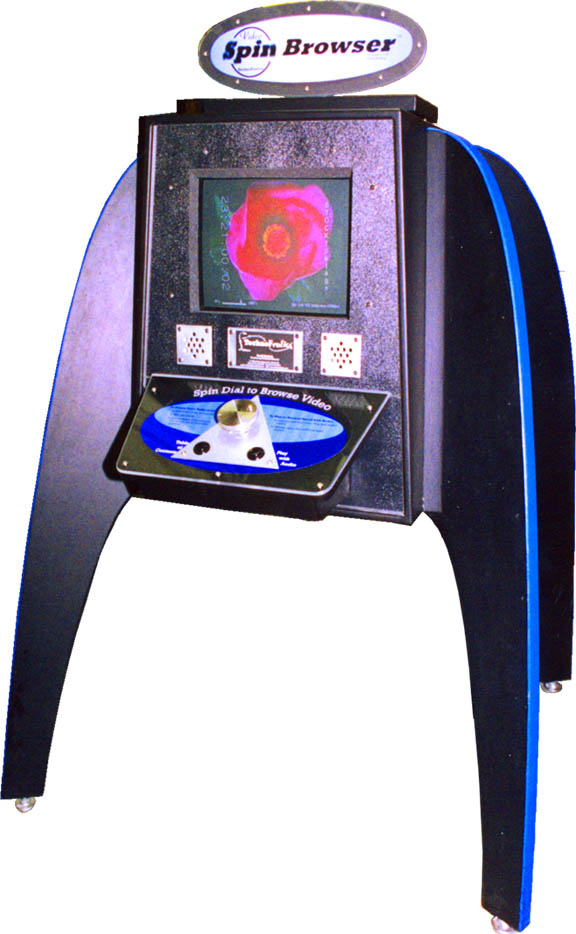 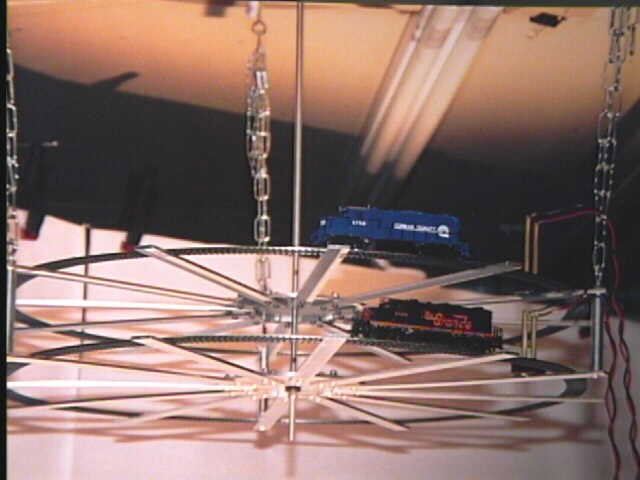 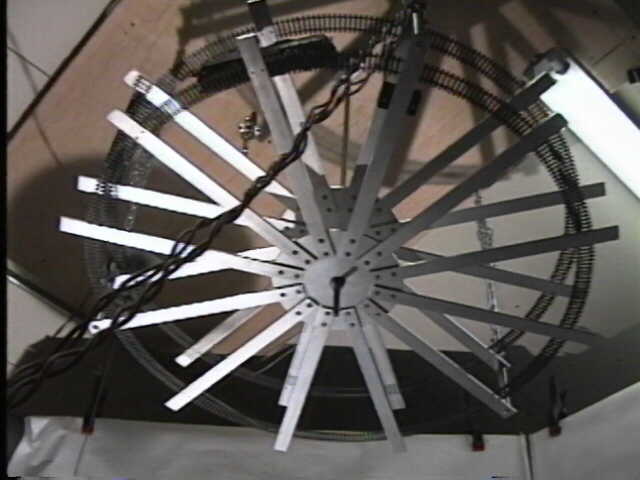 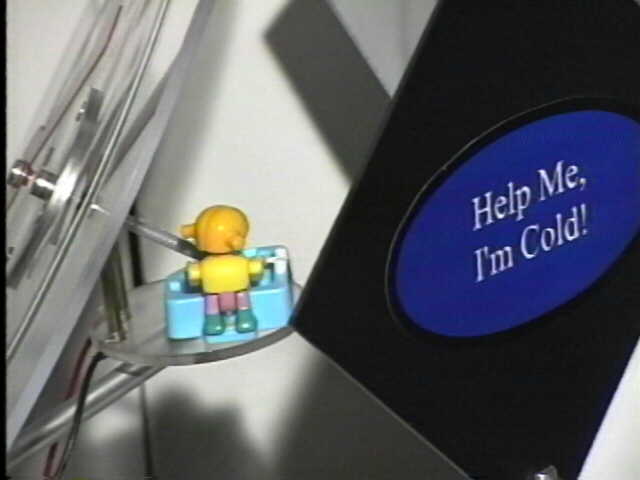 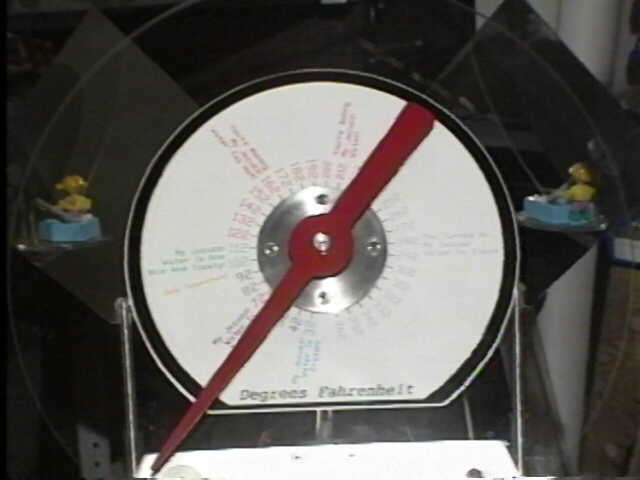 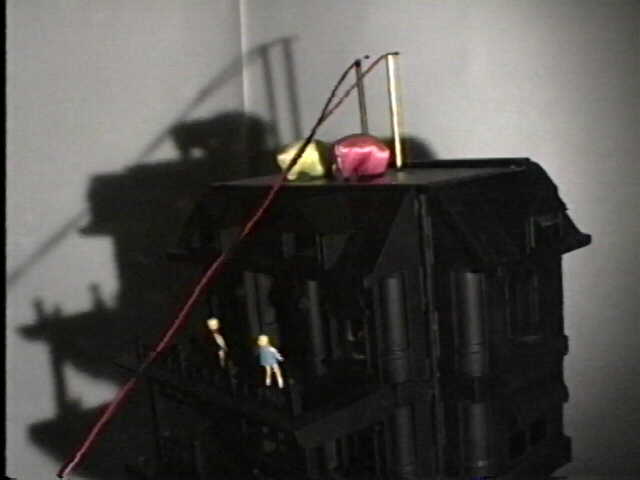 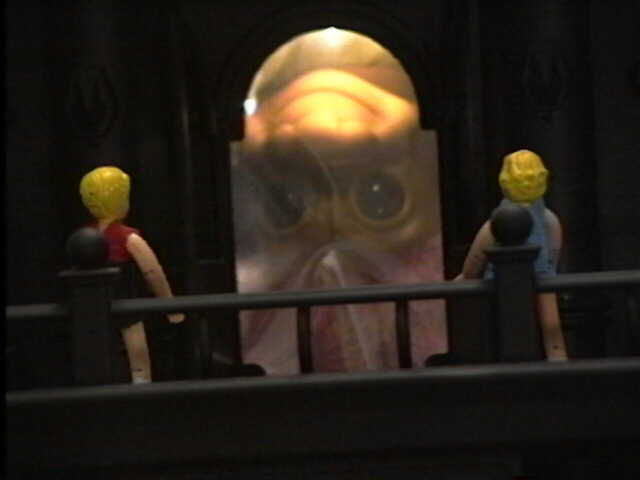 Aero Vertica flying propeller at COSI Columbus. It is comprised of a propellor that flies up under its own lift, rotationally locked to a spinning share shaft, but free to slide up and down on precision ball bearings. (Scroll down for video link.)